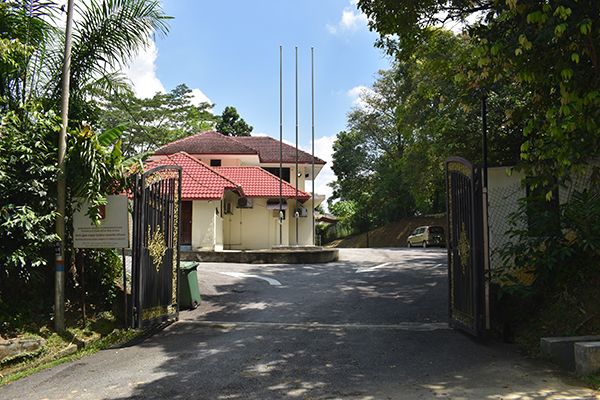 Serving as a voice for the Malaysian Indian business community and as the agent for the implementation of Government policies MAICCI plays a pivotal role in the promotion, protection and advancement of all economic interests of the Malaysian Indians. MAICCI strives to continuously represent and assist Indian merchants, traders and manufacturers in the States of Malaysia in all aspects that concern their businesses.

MAICCI proudly represents 14 states in Malaysia and various other Indian trade organizations in Malaysia. MAICCI activities are tailored towards the betterment of the Indian business, such as matters concerning trade, policies, assisting entrepreneurs, business counselling, and various other aspects of interest.

Among the many strengths of MAICCI is its rapport with relevant ministries and government agencies in the country as The Government’s Official Dialogue Partner. This relationship which has been built over a solid historical foundation clearly indicates MAICCI’s strong stand in advocating matters and conducting constructive negotiations that affect the economic interests and business goals of its members and the Malaysian Indian Business community at large.

MAICCI has been and will always be a remarkable institution that selflessly pushes forward in identifying levels of opportunities for its members to grow and expand economically, MAICCI has a string of prominent and notable achievements.

On 27 April 2014 onwards, MAICCI has moved to a new secretariat known, as ‘MAICCI House’ located in Jalan Ledang, Kuala Lumpur. With a bigger secretariat office, we expand our role for the continuous development of the Indian business community. Presently, MAICCI is fast expanding and quickly adopting key messages to ride the waves of this new era of global trade liberalization. With its incredibly dynamic and strong team of management and members alike, it is without a doubt that MAICCI will continue to move forward and sustain its role and position in service, as the voice of Malaysia’s Indian business community.
MAICCI is and will continue as the paramount focal point for the ethnic Indian Malaysian business community.

Malaysian Associated Indian Chambers of Commerce and Industry, commonly referred to as MAICCI, was set up to explore various opportunities in the areas of economic enhancement and development for the Indian community.
Contact us: info@maicci.org.my